I haven’t had many opportunities to use containers in my day-to-day work, so I wanted to finally try out this workflow. I also wrote a web api application in Go, so why not use it for this exercise.

It looks like it is now possible to create new ACI with public images from GitHub Container Registry. To achieve that, I modified the GitHub Action to push the docker image to GHCR instead of Docker Hub, and I modified the container creation script to use the image from ghcr.io.

Now it is possible to completely drop the dependency on Docker Hub. You can see the newly created image here.

There are some prerequisites to achieve this. You will need:

I’m primarily a .NET developer, but I had a chance to try Go for a bit. Here is the source code for my simple Key-Value API application. 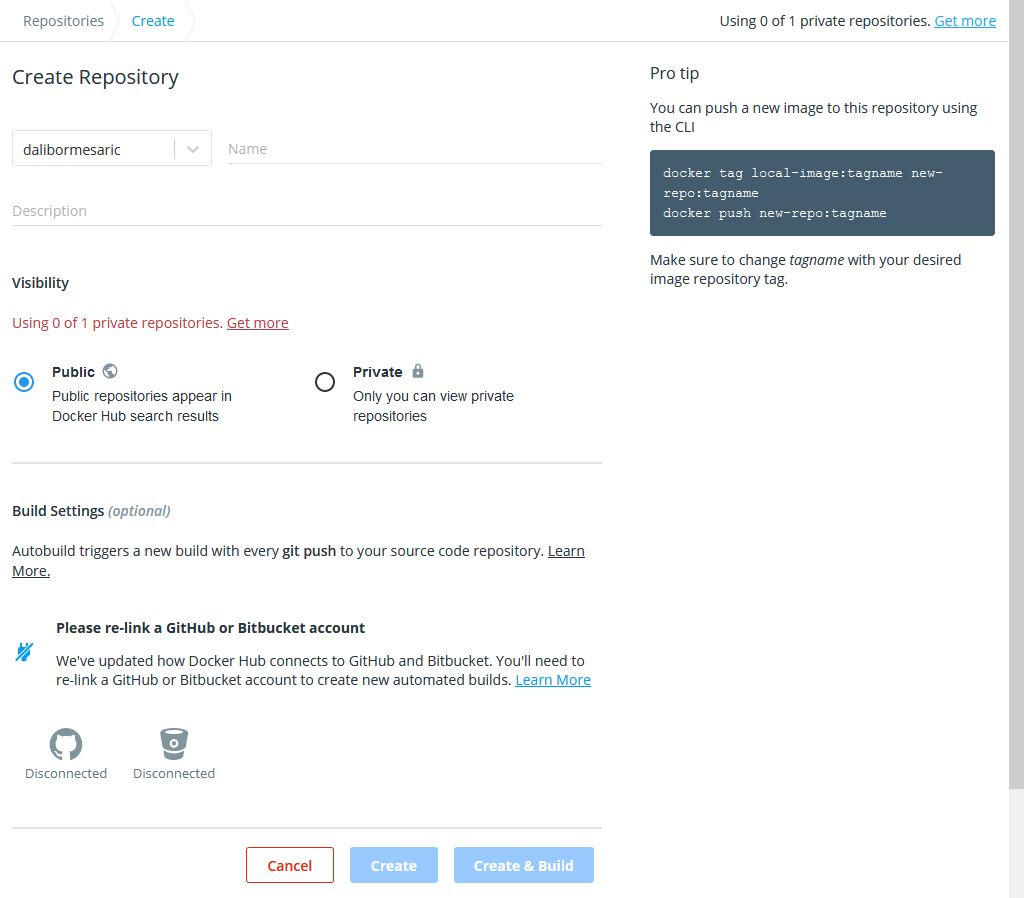 There were two things I had to add to my solution in order to get the container hosting workflow to work. Firstly, I added Dockerfile to my project by following instruction from Golang’s official Docker Hub page. This was pretty straightforward and I was able to run my application inside a docker container locally in no time.

The second thing I had to do was to create a docker image and push it to a container registry. For this I chose to use GitHub Actions. Initially I wanted to use recently announced GitHub Container Registry, but as it turns out, its public images are not really public. Azure Container Instance has issues accessing those, and until that is resolved, I will be using Docker Hub. I followed instructions from Docker’s own GitHub Action on how to build and push docker images to Docker Hub.

As a part of this process I had to create a new access token in Docker Hub, and add it to my GitHub repository as a secret, together with my Docker Hub username. This way GitHub Action is able to access information that is not meant to be public.

When creating a new access token make sure you give it a good descriptive name, so you know which repository or application it belongs to.

In GitHub I gave the secrets the same name as I used in the GitHub Action yaml. 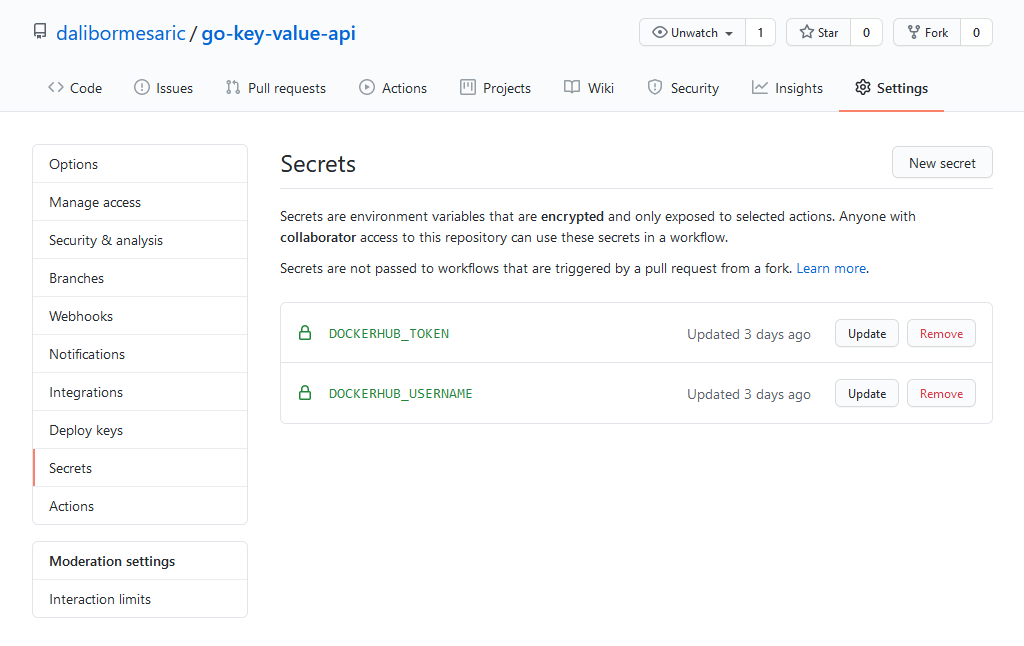 There is also a possibility to link your GitHub account to docker hub instead of creating an access token, but I chose not to do that.

Hosting and testing the application

Once my GitHub Action successfully ran, and my container image ended up in Docker Hub container registry it was time to actually publish my container image to Azure Container Instance. To do this I chose to use Azure CLI, but you can do it in Azure Portal as well.

These are the two commands I used to create a new Resource Group and a new Azure Container Instance. Notice the --image dalibormesaric/go-key-value-api part which points to my Docker Hub repository.

Finally to test the newly deployed api I used Visual Studio Code extension called Rest Client. I just replaced localhost with the dns name I used to create the Azure Container Instance in test.http, and it worked!

As a final note, make sure to stop or delete your unused Azure resources to avoid unwanted costs.

Overall, the experience is pretty smooth, except for the unfortunate setback in trying to use GitHub Container Registry. Through Azure CLI I’m able to bring up instances of my applications on-demand and extend my workflows by taking advantage of cloud compute.

To record gifs I use ScreenToGif